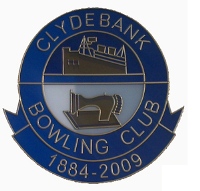 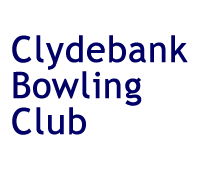 A summary of some Rules and Etiquette

This area is designed for the club members to use as a source of information. We have set out to bring you an overview of the various rules of the game and some etiquette, the list is meant to be informative and is not exhaustive.

BOWLING ETIQUETTE HINTS TO BEGINNERS
1. Players should use the steps provided when going on or off the Green.
2. Bowls should not be dropped on the Green.
3. Do not stand on the verges.
4. Matches, cigarette ends, etc., should be placed in the litter-baskets and not in the Ditches.
5. Bowls should not be kicked in until the shot has been decided.
6. After delivering a Bowl, a player should either retire behind the Mat or advance to the head. He should not take up a position in between.
7. Don't delay the game.
8. Don't wander around or move about the head when a player is about to deliver a Bowl.
9. In a Fours Game, the 'second' keeps the score; in a Pairs Game the 'Skip' keeps the score.
10. Bowling is a friendly game and all players should show courtesy and good sportsmanship.
11. All Bowlers should know the Rules as laid down by the World Bowls Ltd.
12. Mobile Phones should not be used on or around the green.

DOMESTIC LAWS OF THE SPORT

2. ADMINISTRATION:
(a) The management and control of the Competitions shall be vested in the Council of the Association, or a sub-Committee thereof, who shall determine all questions or disputes that
may arise and that do not come within the scope of an Umpire's duties referred to hereinafter, and whose decision shall be final and binding.
(b) For each District, the Council shall appoint a Local Secretary who shall, under the Council's authority, be responsible for arranging District ties so as to ensure their completion not
later than such date in June as may be fixed annually by the Council. Each Local Secretary shall thereafter, without delay, transmit a full report on the results of the ties to the Secretary
of the Association.
(c) The Competitions shall be played under the 'Laws of the Game' as promulgated by the World Bowls Ltd.

3. CONDITIONS OF ENTRY:
All Clubs in Membership of the Association and not in arrears with Annual Capitation Fees are eligible to participate in all or any of the Competitions, and payment of the appropriate entry
fee for each Competition shall be held to constitute official entry.

4. COMPETITORS:
(a) The method of selection of players shall be left to the discretion of each Club, but no player shall be selected for more than one of the Championship Competitions, and all
players selected must be Members of the Club they are chosen to represent.
(b) No player shall represent more than one Club.
(c) The Competitions shall be confined to Male Members.
In the Seniors' Fours Competition players must not be less than 60 years of age on 1st April. while in the Junior Singles players must be under 25 years of age on 1st April, each in the year of the relative competition..For the Senior Fours Championships Clubs are permitted to enter more than one four.Entries must be annotated a.b.c.etc.,where appropriate. Substitution regulation No 6 shall apply
(d) Full name and date of birth of Junior Singles competitor to be submitted.

5. ORGANIZATION:
The Competition will be played in two stages:
(a) FIRST STAGE (District Ties)
The whole of the competing Clubs shall be formed into 32 Districts and the Council shall make a Draw for each District. The Clubs shall then, as in the draw, play against each other
till the winners have been ascertained. All District winners qualify for entry to the Second Stage
(Final Ties).
Clubs competing in the National Championships are obliged to provide green space as requested by the District Secretary for the completion of the District ties in the National Championships.
Boundary threads may be dispensed with at the option of the host clubs.
The Local Secretary shall fix the time and Green for each game being played, selecting Greens as centrally situated as possible, and shall give notice of the same to the Secretaries of all the Clubs concerned. The Secretary of the Club on whose Green a tie has been played shall ensure that the score card, duly completed in every respect, is dispatched immediately thereafter to the Local Secretary. In the Seniors' Fours Competition, all ties shall be played on afternoons but, if desired, the final ties in this stage may be played in the evening.
The failure of players to appear after a period of 30 minutes, or the introduction of an ineligible player, shall cause the defaulting Club to forfeit the tie to the opponents, provided due notice of the fixture has been given to the Club.
If, on the day on which a tie is to be played (other than in the second stage), a player competing in the tie plays, before the commencement of that tie, on the same rink as that on which the tie is to be played, he shall be under penalty of disqualification.
(b) SECOND STAGE (Final Ties)

The Council shall make a draw of the winners of the First Stage, who shall then play as in the draw till the winners have been ascertained.
The thirty-two winners of the First Stage shall assemble at such time and place as may be fixed by the Council to play off in the Second Stage, which shall be continued for three days.
The Council shall be the sole judges of whether or not greens are playable, and shall have power to postpone play.
(c) Admittance Charges: Single day ticket �2.50 Three Day ticket �6.00

(Full Teams of four players must play at both stages.)
In the event of a tie in any of these games, other than singles, an extra end shall be played to ascertain the winners. See Law 58.

Only when a substitution is necessitated by family bereavement shall the player for whom substitution has been made be allowed to play in subsequent ties. In all other cases, the substitute may be allowed to continue throughout the remainder of the Competition.
(c) In the second stage one substitute only will be allowed in each competition and this substitute must continue throughout the remainder of the competition.
In the Fours, Triples, Pairs and Seniors' Fours, the substitute may be eligibly introduced in any one of the five rounds but in the Singles and Junior Singles no substitute shall be introduced after the first round.
In the event of the death of a District winner, due to play in the Second Stage a replacement can be made and this does not count as a substitute.
(d) No Player, having already taken part in any stage of the Competitions, will be eligible to act as a substitute at any subsequent stage.

7. CONTROL:
In the First Stage, the Clubs on whose Greens ties are to be played shall be asked to appoint an Umpire, failing which the competing Clubs may mutually agree on a person to act as Umpire.
The Umpire, in addition to exercising his functions as set out in Law 72 of the Laws of the Game, shall determine whether the Green is in a fit condition for playing the Tie and decide appeals on the
ground of (a) darkness (b) condition of the weather or (c) any other valid reason. If he decides that the game must be postponed, he shall there and then, in the presence of the Competitors, fix another
time for the tie (either at a later hour of that day or some other day before the due date of the next round) and the parties shall be held to have thereby received due notice of the fixture.
The Members of Council and Local Secretaries shall, ex-officio, and, when required, be accepted as Umpires.
Disputes arising out of the playing of a tie and failing to be dealt with by the Council or Committee of the Association must be lodged with the Secretary of the Association, through the Local Secretary
within forty-eight hours after the cessation of play in accordance with Rule XVII of the Constitution.

8. DRUG TESTING
The Scottish Bowling Association in collaboration with other Governing Bodies and The Scottish Sports Council have agreed to introduce drug testing programs in Scotland; a number of checks
may be taken at our Championships.
If a bowler commits a doping offense, he will be ineligible for the following period:
Androgenic Anabolic Steroids, amphetamine-related and other stimulants, caffeine, diuretics, beta-blockers, narcotic analgesics and designer drugs: Two years for the first offense Life ban for the second offense
Ephedrine, phenylpropaneolamine, etc. (when administered orally as a cough suppressant or painkiller in association with decongestants and/or antihistamines): A maximum 3 months for the first offense
Two years for the second offense Life ban for the third offense
It is the individual's responsibility to ensure that any drug he takes is not a banned substance.