There was a new Ladies League started at Clydebank this year, and it has been very well received. There have been ten teams playing and after the season had finished, we decided to play a short two section Autumn League.

On the presentation evening last week, the cheque was presented to the head of fundraising of the Hospice Mr Willie Seenan, by the President of the Ladies League Jean Graham, and the Captain of the Anniesland BC team Marie Murray. 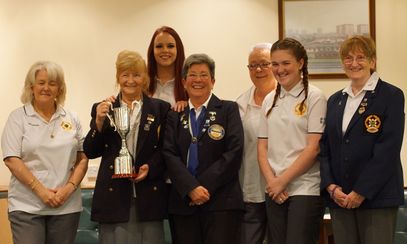 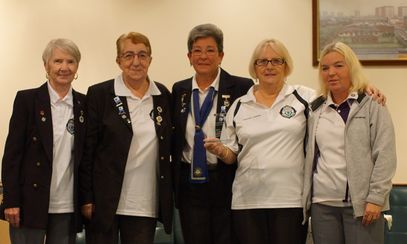 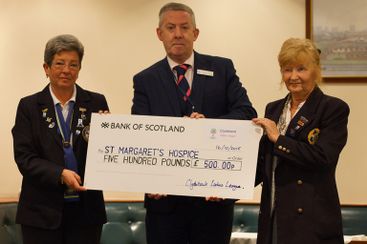 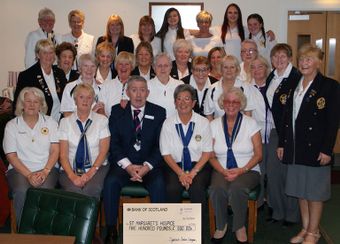 A group photo of the Ladies who were able to make it to the Presentation evening, surrounding Willie Seenan from St Margaret`s Hospice.